Car Windshield Replacement: What You Need To Know https://t.co/w0mYZpKGKu

Automobile windshields are susceptible to several hits, and they may crack or break anytime. Breakages and cracks can be repaired, but if they are severe, replacement remains as the only option. Chips and objects can hit your car while moving and cause some damage. Accidents do not spare the windshields as they mostly lead to complete breakages. Acts of vandalism and deliberate human actions are the other threats to the safety of the windscreen. They composed of tempered glass, which is, of course, brittle and quite vulnerable.

Windshield replacement is more expensive than conducting repairs. Before settling on the replacement, you need to weigh your options and decide between the two. Repairs may seem attractive, but the technicians are very limited in what they can do to a damaged windshield. Small cracks can be fixed but only to certain extents say less than three inches.

After confirming that you need a new windshield, start comparing the different quotations from different companies. The general direction is to try and find a quality windshield at a reasonable price, and you need to know how to do it effectively. Car shops offer quotations covering the process of replacing the windshield plus the cost of the adhesives used. The installation process is crucial as the windshield could fall off or even break loose under very minimal pressure, forcing you to get a new one. It is better to pay more for the whole process and have a strongly fitted windshield that will not collapse after a few days.

One aspect affecting the cost of a new windshield is its availability. Some windshields are only available through dealerships, something that is common among luxury vehicles. Such have to be ordered directly from the original dealers and will probably cost a little bit more due to the whole ordering process.

The amount of labor needed for the installation process affects the quotation. Modern vehicles are smart and have several sensors attached to the windshield. Replacing windshields on such vehicles is more involving since the functionality of the sensors has to be protected during the process. Some of these sensors are integrated into the windshield and make the price of a new shield quite high.

Depending on your budget, you have the task of finding a suitable windshield. However, some might argue out that as long as a driver can see the road, replacing the windshield should not be mandatory. Well, here is why you need to replace a damaged windshield.

To begin with, a damaged windshield spoils your car’s overall look. If appearance is not to go by, be informed that driving a vehicle with a cracked windshield puts the life of the passengers and driver in danger. Such windshields increase the chances of you causing an accident since you do not have a clear view of the road. A driver needs to have a clear and broad view of what is happening around his car. Experts point out that a windshield has a role to play in the structural balance of a car. A broken one compromises this balance and might make the vehicle unstable or even cause the roof to collapse due to pressure differences. The primary role of a windshield is to protect the people in a car from harm during accidents. In the case of an accident, a cracked windshield is more of a threat than a protective shield since it can break and collapse inside the car under very little impact.

Windshield replacement is very essential. The amount of money spent in ensuring it is in good condition overshadows the protection and risks the windshield keeps you away from. Avoid driving with a damaged windshield and stay safe.

Why Car Passenger Or Driver Window Replacement Is Important https://t.co/rJEx49Hgcp

Most people know that cracks in their windshield need to be repaired, but a lot of people are okay with the idea of leaving a passenger or driver side window damaged. They reason that this damage isn’t going to affect the safety of the car and that replacing it will be too expensive to justify. However, these windows are extremely important to the safety of the car and everyone inside of it as well.

The side windows on the car are actually connected to internal, computerized parts that are important to the workings of the car. When the windows are damaged or not working, these parts may be exposed tot he elements or may be operating incorrectly. After a while, they may start to break down and cause more damage to the car as a whole. They may even start to fail completely, causing massive safety concerns that cannot be seen as they are hidden within the door.

However, this kind of damage is somewhat rare, and the biggest danger from damaged windows is to the passenger or the driver themselves. Windows are designed to be a nearly perfect barrier between people and the outside world. They are meant to keep people from being harmed in minor accidents, and from being exposed to the elements when going at high speeds. When they are damaged, there is a chance that they will break while the car is operating normally, and a very high chance that they will break if it is involved in an accident.

Many times, the cause of these damages is from human carelessness. Slamming doors, leaning against glass, dropping things, or even leaving windows rolled down when it rains can all cause damage. Other causes are rocks thrown from other cars, hail, and other natural elements. No matter how the vehicle is damaged, the solution is almost always going to be the same – replace the window.

Damage can range from small cracks to large ones, from chips to broken pieces, even scrapes from internal parts are possible. Some of these things may be repaired, but most of the time, replacing the window is an easier solution. Except for the smallest of cracks and chips, repairs are usually going to cost more than replacements. However, replacements are usually under $200, making them much easier to stomach than replacing a windshield.

Once taken to a qualified window shop, the replacement or repair should only take a few hours at most. Many times repairs can be done on a lunch break if an appointment has been made. The process of replacing this glass is actually quite easy. Calling ahead to mention the make and model of the car as well as the window that has sustained damage will make the entire process much easier.

A lot of the time, this type of repair is actually covered by insurance as something preventative as well. Talk with the car passenger and driver window replacement technician you choose to see if they are able to work with your insurance.

How Big Can A Windshield Crack Be To Be Repaired? https://t.co/ejpBRjH1P8

What Are The Dangers of Having A Cracked Windshield? https://t.co/BDUzT92111

It is highly recommended that you get both collision and comprehensive insurance coverages for your car if it is worth more than $3,000 or less than 10 years old. Although these additions can increase your auto insurance premiums, the cost of repairing your car will be more expensive than what you will pay for these coverages over the next five years. The cost of fixing a windscreen can be between $100-$400 for a standard car. But the price can be as high as $1,000 for some of the high-end models. That is why you need to include a comprehensive coverage in your auto insurance policy to replace/repair windscreens.

How Big Can A Windscreen Crack Be Repaired?

Imagine a scenario where a rock bouncing off your windshield and leaving a dime-sized chip right in front of your face! This dime-sized crack can spread like wildfire and obstruct your view within no time. A crack in your windscreen meant a definite case of windshield replacement in the good old days. But things are quite different today. The latest technology makes it possible to repair a windscreen and prolong the use of it. It saves a lot of money in the process. But you have to understand that even advanced repair techniques have their limits. Hence, if your windshield has a crack that is beyond the repair limit, you may have to replace the entire glass. This article provides information on how big can a windshield crack be to be repaired.

Whether you have to repair or replace the windshield depends on many factors such as the:

. Size of the crack
. Location
. Severity of the damage

The location of the damage is also important when deciding whether to repair or replace the windshield. If the crack is at the end of the windscreen, it can spread much faster compared to cracks in other places. These cracks may also affect the structural integrity of the windshield. If such cracks are diagnosed in time, they can be repaired. If not, it is advisable to replace it. But there are some body shops that are hesitant to repair cracks that appear directly in the driver’s line of vision. The repair may leave certain distortions in the glass – which can affect the driver’s vision over time. Hence, it is best to replace such a windshield.

A windscreen crack needs to be repaired urgently. If you wait for some time, dirt may work its way into the region and affect the effectiveness of the repair. On the other hand, if your windshield experienced a major impact, a replacement would be a better option than repairing the crack. These are important things to consider when deciding if you need to repair or replace the windshield of your car.

In conclusion, a crack in the windshield can be repaired if it is smaller than a certain dimension. The above read offers information on how big can a windshield crack be to be repaired.

The post How Big Can A Windshield Crack Be To Be Repaired? appeared first on Windshield Replacement San Diego. 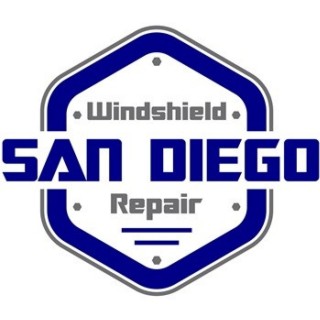 Windshield Repair San Diego offer top quality and fast mobile auto glass services in San Diego, California. Our primarily focus is to provide all out customers the best possible service on your vehicle. Our company uses high-quality parts that meet or exceed your glass needs. Driving your vehicle with cracked windshield can put you and your family at risk and is a big safety issue. You can easily avoid a tick, by having your windshield repaired or replaced. We provide Original Equipment Manufactured or OEM equivalent parts on all our auto glass repairs. Whether you need you need windshield replacement or windshield repair, our mobile team can come to you at your convenience. If you are at your home, office or place of business, Windshield Repair San Diego can handle any job at any location. Additionally, we provide window regulator repairs, sunroof replacement, and any other vehicle window replacement like side, and back windows on your car, truck, SUV, or luxury car.